It’s been a while. Stuff’s going on. Watch this space. Feeling slightly nostalgic for jazz clubs, martinis and a magnolia behind my ear. Hope you enjoy it as much as I did when I put it together.

(Note: Apparently you need a Spotify account to play it, which I’m sure you already have.:-)) It took a trip to Toggenburg to make me realize there was another way.

It had been a – by Swiss standards – a long ride. After arriving at the darling little rustic cabin in the mountains for a delightful weekend of  dashing through the snow, I made my way to the bathroom for a nice hot shower before bed. I scanned the 1960’s era decor and pulled back the lime plastic shower curtain that circled the tub on the inside.

I found the shower head, not poking out above me on the wall in front, but dangling from a shoulder-height holder.

“How am I supposed to get my head under that?”

END_OF_DOCUMENT_TOKEN_TO_BE_REPLACED If you happen to be in the Zurich Hauptbahnhof during the next two weeks, look up. You may see someone you know. I’m really honored to be part of film producer Reiner Roduner‘s project, Switzers. It’s an examination of the morphing Swiss identity. I normally don’t “yea me” that much, but this weekend was pretty special. After years of stops, starts and getting in my own way, I “directed” my first short (really, really short) film today based on an idea I’ve had in the back of my mind for a while. I’ll explain the story itself when everything is in the can. It’s weird to say “directed” because I don’t feel like I did anything. It was the crew, including two beautiful, talented and giving actors, who did it all. With that said, I’m on cloud 9 right now. Thank you, thank you, thank you to the actors, my co-workers and the dazzling crew who helped bring something in my head to life! More soon…after we make it out of post production! 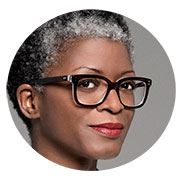 My name is Rashunda. this is my blog.